Jean-Michel Othoniel at the Petit Palais Jean-Michel Othoniel exhibits a magical and poetic universe at the Petit Palais with 70 works in glass or metal. An exhibition under the sign of re-enchantment and the theory of reflections which plays on the idea of ​​the mirror and the myth of Narcissus: "The Theorem of Narcissus", a flower-man who reflects himself as well as the world around him. him.

In his new exhibition, Othoniel, known for his colorful pieces in glass beads, weaves unreality, illusion and the liberation of the imagination by interweaving the universe of the marvelous and mathematics.

Upon arrival it is the grand staircase that welcomes us with a spectacular river of a thousand blue glass bricks. The artist has worked around the architecture and the garden of the Petit Palais by offering his shimmering works Rivers, Lotus, Golden Necklaces, Crown of the Night, Wild Knots, Precious Stonewall.

The bewitching aesthetic of Jean-Michel Othoniel is based on the notion of emotional geometry. By the repetition of modular elements such as bricks or pearls - which are his signature and his most recurring motif - he creates magnificent sculptures whose relationship on a human scale goes from the intimate to the monumental.

His predilection for materials with reversible and often reflective properties - in particular blown glass which has become emblematic of his practice since the early 1990s - echoes the deeply ambiguous nature of his art. Both monumental and delicate, baroque and minimal, his contemplative forms have the power, like oxymorons, to reconcile opposites.

The fact that he devotes himself to in-situ commissions for public spaces gives part of his work an almost architectural dimension. However, Jean-Michel Othoniel's holistic sensitivity also brings him closer to feng shui, or the art of tuning people and their environment, in his case by allowing the public to inhabit his world through reflection and movement. 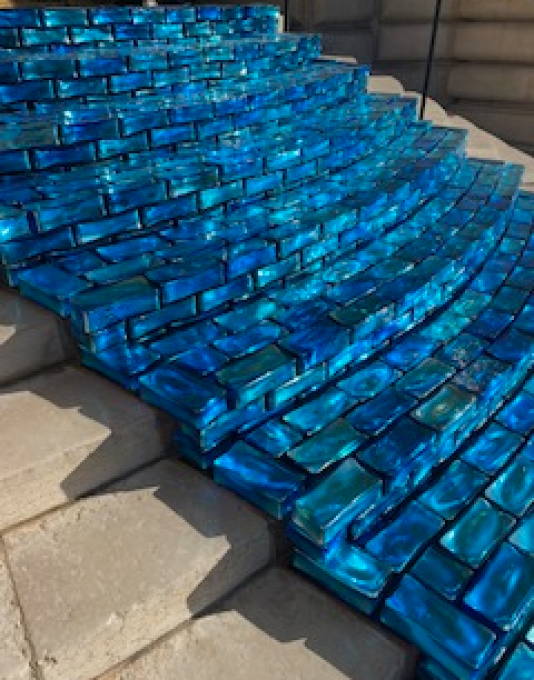 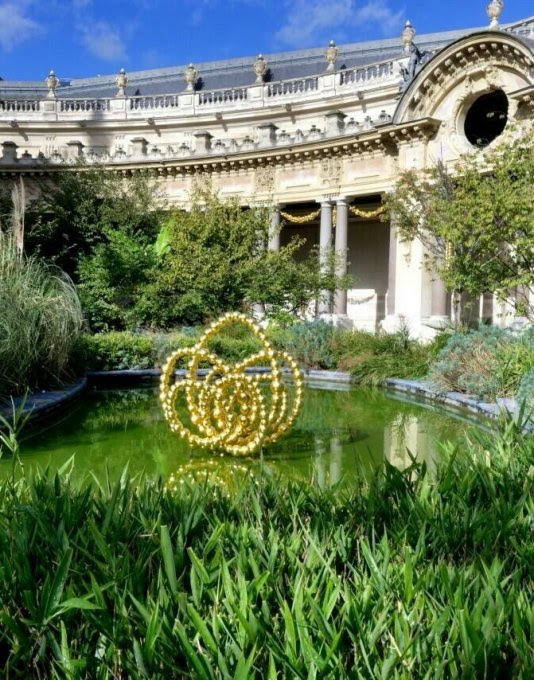 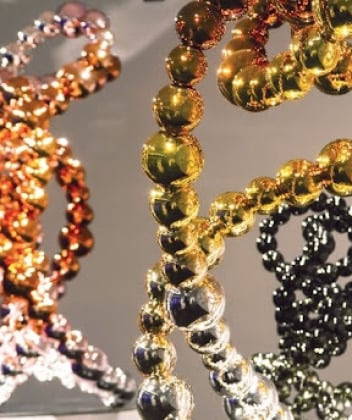 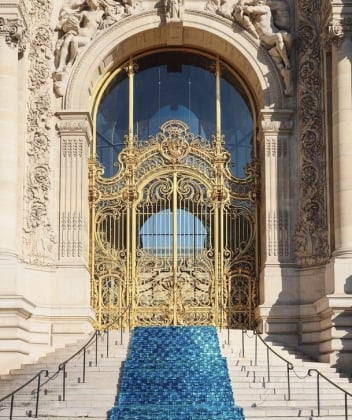 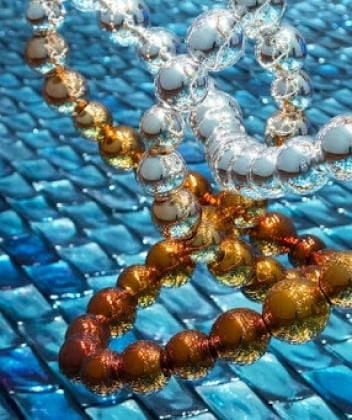